Hoek van Holland, a work-harbour at the entrace to the Rotterdam Waterway. The harbour has always been home to tugs. Seen in this postcard - probably from the late 1950s - is the L. Smit & Co tug MAAS which was designed especially for the Hoek van Holland salvage station. In 1961 the tug was lengthened by some 3 meters and in addition to her salvage role also became a training vessel mainly for deck crew. Apart from the 'big' salvage tug, for many years salvage vessels from Van den Tak (Taks Berging) or Van den Akker were stationed at the port. This had to do with maintenance (and salvage) work for the Ministry of Waterways, the formal owner of the Waterway. 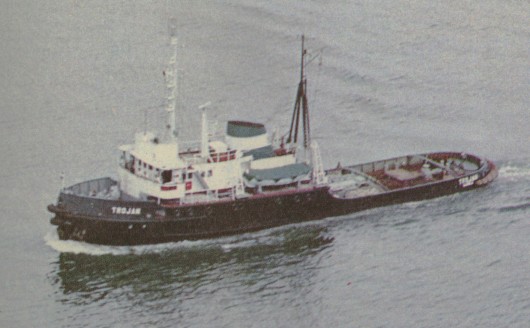